What actor played both the Hunchback of Notre Dame and the Phantom of the Opera?

Leonidas Frank "Lon" Chaney (April 1, 1883 – August 26, 1930) was an American stage and film actor, director and screenwriter. He is regarded as one of the most versatile and powerful actors of early cinema, renowned for his characterizations of tortured, often grotesque and afflicted characters, and his groundbreaking artistry with makeup. Chaney is known for his starring roles in such silent horror films as The Hunchback of Notre Dame (1923) and The Phantom of the Opera (1925). His ability to transform himself using makeup techniques he developed earned him the nickname "The Man of a Thousand Faces."

Cheryl McMeekin
Had no idea, but great question and answer.

filmnut
I think kids today are really missing out. I hear it all the time . . . “I don’t watch Black and White movies 🎥 !” Marie Giles,

Ed Taber
Charles Laughton 1939 and Anthony Quinn 1956 also did a great Hunchback of Notre dame. But then Quinn had Gina Lollobrigida to work with, lucky guy!

Irma Rivera
News to me!!!

Monty Mathias
Bob deRoos, wow what a throwback! I&#39;m gratified to learn of another person who read that magazine.

Bill Walker
Got it right from his nickname, Man of a Thousand Faces 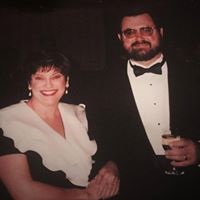 Leanna Greenbush
Got it.

Claire Mitchell
News to me. Never heard of him.
Author:
Bewley Steve
Writer