What Amendments to the U.S Constitution make up the Bill of Rights?

The Bill of Rights is the name for Amendments 1 - 10 to the United States Constitution. These amendments were ratified on the 15th of December, 1791: 3/4 of the states confirmed them. Originally there were 12 amendments approved by the Senate, but the states quickly ratified only ten of them.

James Madison wrote the Bill of Rights in 1789 in reply to the requests from several states: they wanted a better protection of citizens' rights. The first ten amendments of the Constitution determine the power of federal government and protect certain rights of the citizens of the United States.

Howard Groopman
Any American who got this wrong should be deported. Dennis Lane
Chet Scheel, I am American. I would admit that while I know something of the British system of government, but I am completely ignorant of their establishing documents. Magna Carta, maybe? I would be the 30%.

Mr.LaFaye
For Americans not knowing this, its kind of like when Leno does his Jay Walking skits and people miss so simple questions. Pretty Sad.

tbear
Scott Wright, I believe you put in the wrong name, Scott! 😊

Kermit Stanton
And the Dumbocrats want to abolish those that give us the power over their tyrannical desires for power and control. 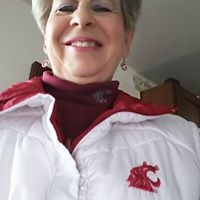 Barb Beck
Scott Wright, Please tell me what in the world does your comment aboutPres. Obama/ Executive Order have to do with this Bill of Rights question???? 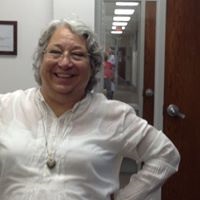 Jeannie Ellis
Albeck Wilson-Smith, so should we never have questions about Australia, China or Botswana? Not everyone on this site is from those countries either, but you don’t complain about those questions. I think maybe you’re the problem, not the questions themselves. Believe me, I’m a little aggravated with the sports question, too. Not everyone is interested in cricket, basketball or soccer!

Lupe Hernandez
Scott Wright, Not as much as trump, I&#39;m sure.

Joseph A. Robitaille
People of the U. s. should know this as well as the other 17 amendments to the constitution.

Carmen Dawson
This is just a game. Whether I get it right or wrong is my own problem. DannyBoy
I pity the fool that got this wrong! Got it. Chet Scheel
How can 30% get this wrong? I understand part of this site is enjoyed by folks from other nations but I must believe that most of the responses were from Americans. How badly is our education system failing in regard to Civics and Government, and WHY???
Author:
E11-Hitman
Writer