What are the first 5 elements from the periodic table?

The table is divided into four roughly rectangular areas called blocks. The rows of the table are called periods, and the columns are called groups. Elements from the same column group of the periodic table show similar chemical characteristics. Trends run through the periodic table, with nonmetallic character (keeping their own electrons) increasing from left to right across a period, and from down to up across a group, and metallic character (surrendering electrons to other atoms) increasing in the opposite direction. The underlying reason for these trends is electron configurations of atoms.

Mark Gavin
Both the first two answewrs are correct! The question DOES NOT say anything about the order of the elements, and both contain the correct five.

Lupe Hernandez
Two answers are the same, I picked #2 and was called wrong, I WANT MY POINTS!!!

Stevie G
There are two answers that are correct as do do not state in the correct order in your question.

Chase
And the questions continue to get worse

judithparkinson
Seem to remember a song about it. (I think Flaunders and Swann

Jerry Edwards
I always remember the mnemonic that I was taught in chemistry class for the first 9 elements:- Hark Here Little Beggar Boys Catch Newts Or Frogs. 😁

Jerry Edwards
fdeisner, Uh oh. The review police are on the march again.

Jerry Edwards
Werner Mittelsdorf, I thought it was quite a good question myself.

Jerry Edwards
soldbyjanet, Uh oh. The review police are on the march again. 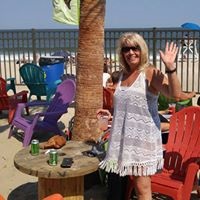 Phillip Stanley
Answers one and two are both correct, no order of the first five was specified. If in doubt always choose #1, however both are correct. Very poorly worded question!

catmom
I think it was amazing that Jim Parsons remembered all those different lines. He&#39;s a very good actor &amp; funny too.

catmom
For Janice West -- I love The Big Bsng Theory too. I think its great &amp; I remember Sheldon Cooper&#39;s running down the steps too &amp; that helped with this question.

Special Patrol Group
There is no mention of Hydrogen, Helium, Lithium, Beryllium &amp; Boron in your explanation therefore not confirming your answer even though two of the answers are correct.

fdeisner
Once again a poorly worded question for the choice is given, as there are two that are correct. How did this question pass review?
Author:
Jordyn Naidoo
Writer (quizauthors.com)