robert karel
Ugly women back then!

Carroll Price
Early form of public pornogrophy permitted by authorities under the guise of art.

Peggy Tinsley
This woman is FAT 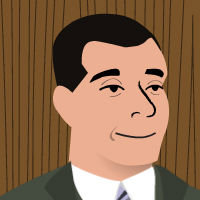 Mark Yakabuski
I think we all thought it was Titian.

Irma Rivera
I recognize his work of art any where!!!
Author:
Irina Kureleva
Writer