What company was founded by Bill Gates?

He was born on October 28

William Henry Gates III (born October 28, 1955) is an American business magnate, software developer, investor, and philanthropist. He is best known as the co-founder of Microsoft Corporation.

During his career at Microsoft, Gates held the positions of chairman, chief executive officer (CEO), president and chief software architect, while also being the largest individual shareholder until May 2014. He is one of the best-known entrepreneurs and pioneers of the microcomputer revolution of the 1970s and 1980s.

Jamie
Are people that dumbed-down to not know this very simple, easy question with poor wording?

John Dou
Heeey. Why are you so toxic? People can&#39;t know anything. But everyone you ever meet knows something you don&#39;t. It is absolutely normal if &quot;random-person&quot; don&#39;t know about Bill G. daproske
This year Bill will reach the age of 64.

ugyenpbumchu
Jeff Bezos CEO of Amazon is the richest man in the world with net worth of 108B USD. Bill Gate is 2nd

rustynshushu
Boy I hope everyone got THAT one 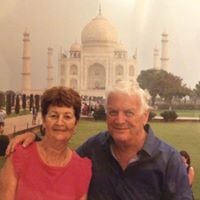 Ian Maplesden
This question is 4 years old as he is now 64 and Jeff Bezos is currently the richest person in the world
Author:
Michael L.
Writer