What continent is the Amazon Rainforest located on?

The Amazon Rainforest also known as Amazonia, or the Amazon Jungle, is a moist broadleaf forest that covers almost all of the Amazon Basin in South America. The basin consists of 1.7 billion acres, of which 1.4 billion acres is rainforest. This rainforest covers nine nations (Brazil, Peru, Colombia, Venezuela, Ecuador, Bolivia, Guyana, Suriname, and French Guiana). Brazil contains nearly 60% of the rainforest, while Peru has nearly 13%. The Amazon Rainforest represents more than half of the planet’s remaining rainforests. It is the largest and most species-rich tropical rainforest on the planet. It has been nominated as one of the New Seven Wonders of the World and is currently listed as number one on group E, which consists of forests, national parks, and nature reserves.

Johnny Rock
I had to straighten my 27 yr. old son out because he thought that the Amazon river (now considered the world&#39;s longest river) was in Africa. I guess that they don&#39;t teach much geography in any school (middle, high, or college) anymore. He&#39;s got three years of college too. He didn&#39;t believe me until I printed him out a map. Aah, kids. What you do with them? 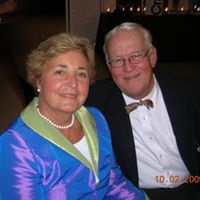 Janet Ritch
This question is embarrassingly easy....everyone knows where the Amazon is !!!!

Chris Braid
Eduardo Silva, In school I was taught that North America and South America were considered separate continents! Have us Brita been getting it wrong? kathrynbreedlove
It picks my answer when I scroll and mostly not the answer that I wanted to sensative.

David Hett
Are the people who got this wrong the kind of people who vote for trump?

vickiwells
More needs to be done to protect this natural wonder. As amazing as it is deforestation for profit is destroying great swaths of it... Micheline Ratcliffe
it&#39;s a wonder no-one answered : in &quot;Amazon&quot; HQ in the USA !

Mike McEachern
Wow, what a tough question. It&#39;s right up there with &quot;when was the war of 1812?&quot;, &quot;how many golfers in a foursome?&quot; Irene Bragg
chris crichton, Too bad they didn&#39;t teach you grammar or punctuation.

chris crichton
Johnny Rock, when i was a kid kids did real good in geography . it was a fun easy subject . any kid could have named all the oceans , continents , major rivers and major mountain ranges . now kids do real poor in geography .
Author:
Rosie
Writer