What country celebrates Christmas the longest?

Christmas in the Philippines (Filipino: Pasko sa Pilipinas), one of two predominantly Christian countries in Asia (the other one being East Timor), is one of the biggest holidays in the archipelago. The country has earned the distinction of celebrating the world's longest Christmas season, with Christmas carols heard as early as September and lasting variously until either Epiphany, the Feast of the Black Nazarene on 9 January, or the Feast of the Santo Niño on the third Sunday of January. The official observance by the Church in the Philippines is from the beginning of the Simbang Gabi on 16 December until the Feast of the Epiphany on the first Sunday of the year.

Pat Harmer
Actually, it is Puerto Rico which is part of the United States. Cheryl Dunn
The American Caribbean territory of Puerto Rico boasts the longest Christmas season in the world, and for good reason. While London&#39;s celebrations are supplemented by Boxing Day and go until New Years, Puerto Ricans stay full of holiday cheer until the Festival of Saint Sebastian in mid-January. 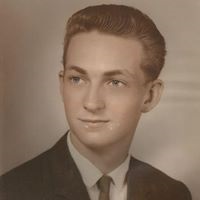 Michael David M
I live in The Philippines. My family celebrates Christmas on the 24th, Christmas eve. And maybe visit friends and family, and go to church on Christmas day. That&#39;s it, two days max.

patrhea
I guessed WALMART 😁😉😉 They started in July already!

Areesha
Actually, it is Puerto Rico which is part of the United States. Hilda Sacay Clave
Huh? You don’t live in the Phils. Christmas season in the Phils starts from September up to 3rd of January. Christmas decors are even displayed sometimes year round, like the parols and lights.

pamela tressillian
Christopher Skinner, That’s because of the lack of post!

Paulette Arnold
Sarvambh legend, I should live there!

Joanne Serin
I&#39;m glad I don&#39;t live there. Nonstop Christmas music from Thanksgiving on is too much for me. Dave Woodward
Cheryl Dunn, As an ex Pat from the UK I can tell you that London&#39;s Christmas celebrations do not go on that long. Boxing Day, although a Bank Holiday, is mainly a mad scramble to the shops and stores for the bargains before the January sales. As for the New Year celebrations, they are more likely to end about midnight or 1am whereas New Year in Scotland is celebrated far more than Christmas and the celebrations there can go on until the last person falls down.

Helga U. Williams
Jennifer Dyster, Exactly! Thank you for clarifying that.

mj
Cheryl Dunn, I totally agree! It is my home and Christmas in Puerto Rico is wonderful!

Corey Taylor
I should have known, they don&#39;t even have a Thanksgiving to get in the way! Probably start their sales right after the kids go back to school.

Ken Putnam
Cheryl Dunn, Displaying once again why WIKI should not be accepted as an authoritative source
Author:
orteza
Writer