What country signed a nonaggression pact with Germany in 1939?

Enemies (Nazi Germany and the Soviet Union) surprised the world by signing the German-Soviet Nonaggression Pact on August 23, 1939 shortly before World War II (1939-1945) broke out in Europe. The two countries agreed to take no military action against each other for the next 10 years. With Europe on the brink of another major war, Soviet leader Joseph Stalin (1879-1953) viewed the pact as a way to keep his nation on peaceful terms with Germany, while giving him time to build up the Soviet military. German chancellor Adolf Hitler (1889-1945) used the pact to make sure Germany was able to invade Poland unopposed.

The pact also contained a secret agreement in which the Soviets and Germans agreed how they would later divide up Eastern Europe. The German-Soviet Nonaggression Pact fell apart in June 1941, when Nazi forces invaded the Soviet Union.

The existence of the secret protocol was denied by Soviet leadership until 1989, when it was acknowledged and denounced.

George Oliver Prince
Kind of surprised Joe Stalin when Hitler attacked, but Hitler showed have learned from Napoleon, it&#39;s not a good idea to attack Russia in the winter

sekrob
Wrong George Oliver! The write up says -and it&#39;s historically true- Hitler attacked in JUNE 1941- summer time- it&#39;s very much other thing that he miscalculated how long it would take to conquer the USSR

Armadillo
Ed Bona, I never did.

Richard D. Boyle
George Oliver Prince, He didn’t attack in the winter. But he did make a serious strategic mistake in underestimating the Russians.

Dossie M Terrell
There&#39;s so information out there that should help us from repeating mistakes made in the past. Gord Corcoran
That was Hitlers demise right then when he betrayed Stalin, it was death to Germans.

David Stokes
And at the same time the Germans and the Russians were developing their tanks and mechanical warfare tactics together. The use of Panzer divisions to Blitzkreig Paris was a direct result of Soviet/German co-operation

Cari G.
I did not know this. Thx for the education!

staceyspinler
Helped to remember my World History! Easy as pie!!

Frances Brook Wilson
Surprised at that. However I have learned something. Christine Cottenham
Could never trust Hitler to keep to his word. Straight as a corkscrew. 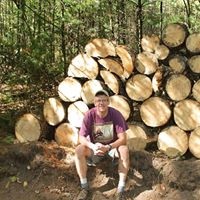 Rob Blomquist
Interestingly enough - neither Stalin nor Hitler signed the pact - it was negotiated by Molotov and Ribbentrop - the 2 foreign ministers.
Author:
E11-Hitman
Writer