What country was the first to legalize trade unions in 1824?

Trade unions were legalized in Great Britain in 1824, where growing numbers of factory workers joined labor organizations in their efforts to achieve better wages and working conditions. After 1824, workplace militancy greatly manifested itself in all regions of the United Kingdom with trade/skilled workers, coal and steel workers, the unemployed and many others. These groups held general strikes and protests; but their efforts were crushed.

Because of political activities in the later 1830s and 1840s, trade unionism in the United Kingdom was mostly overshadowed. The trade unions realized that they had to work harder, be conscientious and less radical to obtain any of their goals.

Scott Sumone
I&#39;m a union man...I have been a steelworker and a teamster...big guys like stepping on little guys. Someone needs to look out for the little guy....

Joe Girvan
Thought Scotland was a part of Great Britain so it&#39;s a trick question

Diana Newman
Great Britain consist of England, Scotland and the Principality of Wales. Scotland has been part of Great Britain since 1707. Jacqueline Tattam
The last paragraph is pure opinion and a simplistic one at - ‘the trade Unions realised they had to work harder, be more conscientious’. This insinuates that the workers were simply lazy and I will guarantee no Union ever stated that. There is no mention of Conservative governments’ (especially Ms Thatcher’s)restrictive legislations which deliberately sought to punish Unions and diminish workers’ rights in particular the right to strike!

Lorna Shipton
I&#39;m being pedantic here, but Great Britain isn&#39;t a country, is a group of countries - England, Scotland and Wales, so theoretically the question is incorrect.

Val Wilkinson
With a brief explanation it would have also been good to have seen a reference to the Tolpuddle Martyrs who were imprisoned then transported to Australia for having met to discuss their working conditions, and sworn an oath of secrecy. http://www.tolpuddlemartyrs.org.uk/welcome 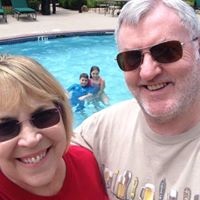 Alistair Innes
Great Britain is not a country.

Chrissie
Albeck1994, in 1824 existing Scots Law differed from English Law in many respects; however no new Scottish laws could be enacted at that time.

Chrissie
Steve Edwards, what you say about Scots Law is true, but Scotland was not allowed to legislate between 1707 and 1999.

Chrissie
Jacqueline Tattam, I assumed it to mean that in the history of the Trade Union movement, the Unions themselves had to work harder at gaining/keeping members and at convincing employers and politicians. As a retired active TU member and rep, I greatly regret the diminishing TU membership in the UK these days, and the further erosion of workers&#39; rights.

Chrissie
Wendy Petty, totally agree, and have reported the answer option on that basis.

Chrissie
Diana Newman, Scotland has always been part of Great Britain, which is simply a geographical feature - the island which is the largest of the British Isles. I say always - but indeed, at one time it was part of the American continent. The Scottish-English border is where the breakaway tectonic plates collided.

Chrissie
Rob Farr, United Kingdom and Great Britain do not mean the same thing, and are not the same thing. Geographically, the UK includes GB and Northern Ireland.

Chrissie
Joe Girvan, neither of them was a legislating country in 1824: Scotland was ruled from Westminster, and Great Britain is a geographical name for an island, as opposed to the United Kingdom* (which included Scotland). * At time of writing, 4 May 2021!

picciolimirco
As far as I know Scotland is part of Great Britain so the options given were misleading and that should not be allowed by those who approve !

Player
Tim Holm, the EU act like they are a federation.

Player
Germany didn&#39;t exist as a country until 1871 so easy to remove thst option. Scotland is part of Great Britain so that option could be removed. Didn&#39;t think it could be Italy either.

Monty Mathias
Scott Sumone, &quot;Part of the Union&quot;, a great song by Strawbs. It is debated whether it is pro-union or a satire of same, but, if one listens to the lyrics it seems clear on which side that it falls.