What did the Soviet Union originally exchange with PepsiCo for their Pepsi syrup?

PepsiCo, Inc. is an American multinational food, snack, and beverage corporation headquartered in Harrison, New York, in the hamlet of Purchase. PepsiCo has interests in the manufacturing, marketing, and distribution of grain-based snack foods, beverages, and other products. PepsiCo was formed in 1965 with the merger of the Pepsi-Cola Company and Frito-Lay, Inc. PepsiCo has since expanded from its namesake product Pepsi to a broader range of food and beverage brands, the largest of which included an acquisition of Tropicana Products in 1998 and the Quaker Oats Company in 2001.

In 1959, the USSR held an exhibition of Soviet technology and culture in New York. The United States reciprocated with an exhibition in Sokolniki Park, Moscow, which led to the famous kitchen debate. One of the American products exhibited was Pepsi Cola. After obtaining a photo of U.S. President Richard Nixon and Soviet Premier Nikita Khrushchev sipping Pepsi, Pepsico executive Donald Kendall was able to capture the attention of the Soviet people and, in 1972, negotiate a cola monopoly in the USSR. Due to Soviet restrictions on transporting rubles abroad, PepsiCo struck a barter deal whereby Stolichnaya vodka would be exchanged for Pepsi syrup. This deal lasted until 1990, when the USSR and PepsiCo re-negotiated a $3 billion deal to exchange syrup for vodka and a small fleet of Soviet warships including 17 submarines, a frigate, a cruiser and a destroyer.

erik hughes
What the hell is PepsiCo doing with a fleet of warships?

filmnut
So Pepsi Co. now has a small Navy which are mainly ‘Submarines. What are they doing . . . smuggling ‘Coke’ ?

Jim Mascair
In1989, PepsiCo had the 6th largest navy in the world.

Player
erik hughes, they sold them to Sweden to scrap. I saw this question on TV not do long ago.

Rogel R.C.
erik hughes, just as confused as you are

David Coe
&quot;... and a small fleet of Soviet warships including 17 submarines, a frigate, a cruiser and a destroyer&quot; All currently in the deep end of the CEO of Pepsico&#39;s swimming pool.

Douglas Steele
Pepsi getting ready to declare war on coke?

Maurice Carlier
Where did the warships go 🤔 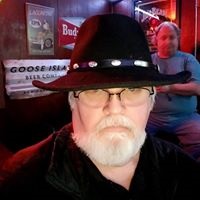 Joe Petera
Nixon was vice president at that time, not president.

Chandran David
Both are NOT the same however! Lynne Cage
👍🏼 Had to be Vodka, but also a fleet of warships? 🥴

Chris Braid
A great Q and A and yet another one I guessed wrongl
Author:
Special Patrol Group
Writer