What do div, curl, and grad refer to?

Div, Curl, and Grad, or Divergence, Curl, and Gradient are basic operations in vector calculus and are used extensively in fluid dynamics and electromagnetism. The terms div, curl, and grad are still used in a number of texts, but the more modern notion is to use the "del" or "nabla" symbol, which looks like an upside-down triangle.

The divergence describes how the "flow" of the field is expanding at a given point. In electromagnetism, div B = 0 indicates that the magnetic field is free from divergences and hence there are no magnetic monopoles in classical E&M.

Curl describes the rotation of the flow described by the vector field, i.e. the tendency for a point particle in the field to rotate about some point.

Finally, grad or gradient describes how a given scalar function is changing in each direction. For example, the force on a particle (a vector) is given as F = -grad V where V(x,y,z) is the (scalar) potential.

The properties of div, curl, and grad give rise to many important identities and theorems in calculus, such as Gauss' theorem, Stokes theorem, and so forth. While they seem complex and confusing, they dramatically simplify the analysis of many physical systems, including the flow of blood as visualized in the graphic.

Nicholas Miernicki
I understand vectors, but, not vector calculus. 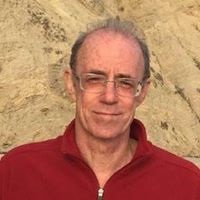 Charles Nath
My father was an expert in fluid mechanics, specifically ocean waves and I remember the mathematics was outrageous (way over my head). It’s extraordinary that engineers can use mathematics to predict and describe motions and forces. Rusi S. Mahudawala
Got it right by a wild guess. No a fair question for an average person.

Cheryl Perkins
How is the average person supposed to know that. That is not trivia.

filmnut
These are all terms used in fluid dynamics which coincidentally is the study of air moving over an airplane wing.

Darlene Davidson
They do seem complex and confusing but they did serve to simplify the analysis of the answer options but not dramatically.
Author:
ebitnet
Writer