What do Kepler's laws describe?

In astronomy, Kepler's laws of planetary motion, published by Johannes Kepler between 1609 and 1619, describe the orbits of planets around the Sun. The laws modified the heliocentric theory of Nicolaus Copernicus, replacing its circular orbits and epicycles with elliptical trajectories, and explaining how planetary velocities vary. The three laws state that:

1) The orbit of a planet is an ellipse with the Sun at one of the two foci.

2) A line segment joining a planet and the Sun sweeps out equal areas during equal intervals of time.

3) The square of a planet's orbital period is proportional to the cube of the length of the semi-major axis of its orbit.

The elliptical orbits of planets were indicated by calculations of the orbit of Mars. From this, Kepler inferred that other bodies in the Solar System, including those farther away from the Sun, also have elliptical orbits. The second law helps to establish that when a planet is closer to the Sun, it travels faster. The third law expresses that the farther a planet is from the Sun, the slower its orbital speed, and vice versa.

Johannes Kepler (27 December 1571 – 15 November 1630) was a German mathematician, astronomer, astrologer, and natural philosopher. He is a key figure in the 17th-century Scientific Revolution, best known for his laws of planetary motion, and his books "Astronomia nova", "Harmonice Mundi", and "Epitome Astronomiae Copernicanae".

jerry aj
How could you not get it right??!! Just look at the picture! WHY?

Julie Allen
There are actually three, Kepler’s laws that is, of planetary motion: 1) every planet’s orbit is an ellipse with the Sun at a focus; 2) a line joining the Sun and a planet sweeps out equal areas in equal times; and 3) the square of a planet’s orbital period is proportional to the cube of the semi-major axis of its orbit. As it’s the third which is most often used, Kepler’s law usually means Kepler’s third law (of planetary motion).

Wyla Reedy
A man way ahead of his time.

Johnny Rock
Joris van Pelt, And that might be why Pluto was downgraded to a Dwarf planet. 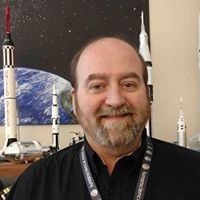 Ron Harvey
The picture of planets turned a good question into a DUH question.

Joris van Pelt
All objects in orbit follow Kepler&#39;s Second Law, and all of Kepler&#39;s other laws too. Like any other object in our solar system, Pluto moves faster when its closer to the sun and slower when its farther away. &lt;o&gt; Pluto is special because its orbit doesn&#39;t follow the plane the planets are in.
Author:
Lilly Nicolson
Writer