What does http stand for?

HTTP is a communication protocol used on the Internet to transfer or exchange hypertext. It has been in use on the World Wide Web since around 1990 and refers to a client-server protocol, by which two computers can communicate over a network connection.

Although HTTP/2 was recently finalized (February 2015), HTTP/1.1 which was defined in June 1999 is still the most widely used protocol on the World Wide Web today.

The word hypertext refers to a specially structured text format which contains hyperlinks, one example of this is HTML.

The web browser (client) uses HTTP to transmit the request for the webpage (HTML document) to the server. If the document exists, the server will respond with a 200 status code (indicating it is found) and transfer the requested document back to your web browser using the HTTP protocol. If the document does not exist, then the response code would be 404 (not found) or 410 (gone).

These numerical codes (200, 404, 410, etc.) are referred to as HTTP status codes and are used by HTTP to indicate the result of a request. For instance, when you see the browser's "Page not found" message, this is the result of the server returning a 404 status code.

June
My first job was working for small Co in mid 1980&#39;s. We sold Amstrad, I remember the 1512 model, and then we sold Apple comps too. Amstrad sales soared, as set up costs were much cheaper. Then... Oops, Wwhat happened!?!

Richard G Schwartz
One q and a which i will forget instantly.😐😑🙄🦊

Shelley Welch Dunivan
Rosemary Grove, I meant idiotic response from you, with nothing solid to back it up. Very childish response

Shelley Welch Dunivan
Rosemary Grove, more like idiotic and offering nothing to back it up 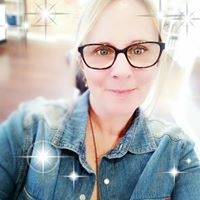 Marla Wickstrom-brandt
Not good with computer jargon, but I got it😊 LeeAnne Worre Risk
Again!! It tells me I already answered it!! How is that possible when I hadn&#39;t even read it? This is crazy. Cheryl Perkins
I knew that.

Chris Braid
Knew the answer, clicked wrong. My eyes must be failing me!😥

robert karel
George Oliver Prince, I don’t have a degree in computers and I got it right. What’s you’re excuse?
Author:
blkstang
Writer