krkyates
IMAX gives me a headache, right up there with 3D movies. 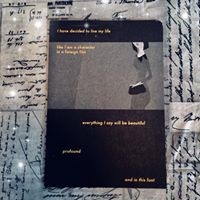