What does the anagram NASCAR stand for?

The National Association for Stock Car Auto Racing (NASCAR) is a family-owned and operated business venture that sanctions and governs multiple auto-racing sports events. Bill France, Sr. founded the company in 1948 and his grandson Brian France became their CEO in 2003. NASCAR is motorsport's preeminent stock-car racing organization. The three largest racing-series sanctioned by this company are the Sprint Cup Series, the Xfinity Series, and the Camping World Truck Series.

NASCAR is second only to the National Football League in terms of television viewers and fan numbers. Scott Glick
FYI. NASCAR is not an Anagram, it&#39;s an ACRONYM.

H S Hotchkiss
The correct answer is National Association for Stock Car Auto Racing (not of).

William Laughlin
johnespo, Your praise is so hollow. How can this possibly be considered such a fine question when it confuses an anagram with an acronym or an excellent recap when the answer misses the details by mixing up the prepositions &quot;of&quot; and &quot;for&quot;? 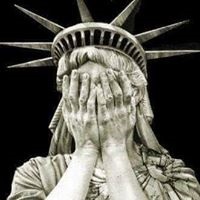 Linda Mitchell
I had no problems with the question.

nhadams
Hate it when the answer is wrong because my shaky hand doesn&#39;t get to the right spot! Tom Comstock
Good grief is anyone editing these things? It is an acronym not an anagram and it is FOR not OF.

wordster
Been a fan for many years. And cliffj, it was not &quot;started by whisky runners.&quot; And the founders were not criminals. NASCAR was founded by Bill France in 1948 in Daytona FL. Several of the early drivers had hot rods, mainly souped-up Fords, that they had used in transporting their family&#39;s potent beverages. They loved to drive fast, and had to in order to survive. Junior Johnson was one, and there were some others, but your sweeping generalization suggests a lack of actual knowledge about the sport and the organization.

cliffj
robert cariel ... it was started by whiskey runners , nearly all founders had criminal records ... only the fastest ones didn&#39;t lol

BPlunkettTurner
My ex was only 1 year away from Rookie NASCAR status when we met but didn&#39;t want to be on the road away from the kids. 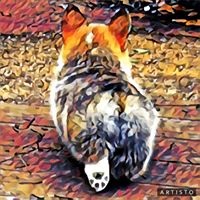 Suzy Whoo
Joanne An anagram uses only the same letters of the original. No additional letters are allowed

robert karel
The only sport in America with no scandals!