What Five Star General was fired in Korea?

Truman summoned Secretary of Defense George Marshall, Chairman of the Joint Chiefs Omar Bradley, Secretary of State Dean Acheson and Averell Harriman to discuss what to do about MacArthur. They concurred MacArthur should be relieved of his command, but made no recommendation to do so. Although they felt that it was correct "from a purely military point of view," they were aware that there were important political considerations as well. Truman and Acheson agreed that MacArthur was insubordinate, but the Joint Chiefs avoided any suggestion of this. Insubordination was a military offense, and MacArthur could have requested a public court martial similar to that of Billy Mitchell. The outcome of such a trial was uncertain, and it might well have found him not guilty and ordered his reinstatement. The Joint Chiefs agreed that there was "little evidence that General MacArthur had ever failed to carry out a direct order of the Joint Chiefs, or acted in opposition to an order." "In point of fact," Bradley insisted, "MacArthur had stretched but not legally violated any JCS directives. He had violated the President's 6 December directive [not to make public statements on policy matters], relayed to him by the JCS, but this did not constitute violation of a JCS order." Truman ordered MacArthur's relief by Ridgway, and the order went out on 10 April with Bradley's signature.

Tom Seigo
Seems that there is a split disparity on Truman and MacArthur! Both were good men in their respective roles in US History!

Carroll Price
MacArthur had to go due a decision being made by the emerging military industrial Complex that the United States would never again make the mistake of actually winning a war. Preferring instead to fight never-ending wars of profit. 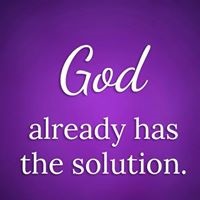 dlh
MacArthur did not completely understand or maybe agree that in the USA the President is the Commander in Chief not a general (the military).

Jim Kepler
Re: MAC Arthur, why were the Philippines so poorly defended and not ready for war after Pearl Harbor? I don’t know that answer,

Effren Hernandez
Truman and MacArthur were both great military leaders. All those man were men of honor who respected their positions, the offices they represented and their chain of command! Matthew T. Costello
Truman acting as President of the US fired a general who was acting for the United Nations, not the United States, the real problem was Mac was the senior-most officer in the US Military and Marshall and Bradley knew he was also the best General we ever had, marshall never fought in a battle in his life and only observed a skirmish once , Bradley lost more men at the battle of the bulge than Mac did in the entire war, Marshall and Ike were desk bourne political soldiers not fighting general, besides all Mac really did was ask for the North Korean and Chinese generals to surrender, which is a commanding general prerogative during war, his insubordination came after the JCS ...told him he could only bomb half a bridge, from the air

jack patti go
I never knew this! I guess, i should go with a hint!!

Gold Toy Box
to para phrase: :Ike will make a good President, he was the best aide I ever had&quot; Mary Anne Kalbfus
Yes, I am old enough to remember this. Ticker Tape parade on TV when he came home. Truman took a lot of flack for it at the time. 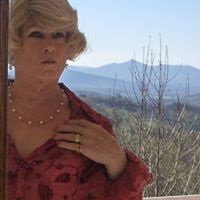