What is a mid-ocean ridge?

A mid-ocean ridge (MOR) is a seafloor mountain system formed by plate tectonics. It typically has a depth of ~ 2,600 meters (8,500 ft) and rises about two kilometers above the deepest portion of an ocean basin.

This feature is where seafloor spreading takes place along a divergent plate boundary. The rate of seafloor spreading determines the morphology of the crest of the mid-ocean ridge and its width in an ocean basin. The production of new seafloor and oceanic lithosphere results from mantle upwelling in response to plate separation.

The melt rises as magma at the linear weakness in the oceanic crust, and emerges as lava, creating new crust and lithosphere upon cooling. The Mid-Atlantic Ridge is a spreading center that bisects the North and South Atlantic basins; hence the origin of the name 'mid-ocean ridge'. Most oceanic spreading centers are not in the middle of their hosting ocean basis but regardless, are called mid-ocean ridges. Mid-ocean ridges around the globe are linked by plate tectonic boundaries and appear similar to the seam of a baseball. The mid-ocean ridge system thus is the longest mountain range on Earth, reaching about 65,000 km (40,000 mi).

Bad Nora
dsneed, I like the neener neener part. My sister always pulls that one out!

Irma Rivera
Logical!!! Hey telsa two thumbs up for you!!!

hector tubens
Paid off watching the documentaries with Jacques Costeau.....

lls
...first, learned about these from &quot;Marine Boy.&quot; Then, Jacques Costeau... 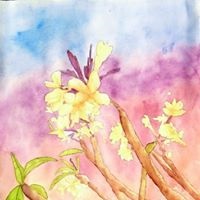 dsneed
tesla alset, Great job, tesla. You guys think you are such hot stuff putting dislikes on tesla&#39;s posts. Well, I can manipulate -2 off that score each time, so neener neener &#128523;.

dsneed
It seemed self explanatory to me. Yay me.

earlepg
Another one pretty well covered by documentaries.