What is a periodic condition in male elephants characterized by highly aggressive behavior called?

Musth or must is a periodic condition in bull (male) elephants characterized by highly aggressive behavior and accompanied by a large rise in reproductive hormones.

Testosterone levels in an elephant in musth can be on average 60 times greater than in the same elephant at other times. However, whether this hormonal surge is the sole cause of musth, or merely a contributing factor, is unknown.

Although it has often been speculated by zoo visitors that musth is linked to rut, it is unlikely there is a biological connection because the female elephant's estrus cycle is not seasonally-linked, whereas musth most often takes place in winter. Furthermore, bulls in musth have often been known to attack female elephants, regardless of whether or not the females are in heat.

A musth elephant, wild or domesticated, is extremely dangerous to both humans and other elephants. In zoos, bull elephants in musth have killed numerous keepers when normally friendly animals have become uncontrollably enraged. In contrast to normal dominance behavior, bulls in musth will even attack and kill members of their own family, including their own calves.

"Shooting an Elephant" is an autobiographical account by George Orwell (English novelist, 25 June 1903 – 21 January 1950) in which he describes how an elephant in Burma had an attack of musth and killed an Indian, which in turn, caused the death of the elephant.

David Roy
ctbratton, an elephant walks into a bar and asks for a job. The barman asks, “Why would I hire an elephant?” The elephant replies, “Because I work for peanuts.&quot;

Louella Wilson
Never heard of musth, but the others did not seem feasible.

Lynne Cage
Hibernation lol 😏 So wild elephants should be left in the wild! Not for human entertainment

maidofstardust
Thus the need for matriarchs to lead the herds. Humans keep forgetting this need, so we are all held hostage by patriarchy.

Sally Onyett
David Roy, and i thought it was monkeys that worked for peanuts all these years..! 😂👍

tgthomas
David Roy, alternate answer: I need the work, I&#39;m living out of my trunk.

Irma Rivera
One of the options should have been “in heat”!!’ 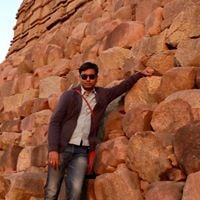 Barbara Malta
The elephant could go to the bar with you, but first he’d have to pack his trunk. Wyla Reedy,

bonniecardona
That was a great question that I enjoyed

earlepg
Wyla Reedy, Then deal with a drunken elephant on the warpath? I&#39;d rather he go into hibernation.