What is a person obsessed with a hobby or intellectual pursuit called?

The word geek is a slang term originally used to describe eccentric or non-mainstream people; in current use, the word typically connotes an expert or enthusiast or a person obsessed with a hobby or intellectual pursuit, with a general pejorative meaning of a "peculiar person, especially one who is perceived to be overly intellectual, unfashionable, boring, or socially awkward".

Some use the term self-referentially without malice or as a source of pride, often referring simply to "someone who is interested in a subject (usually intellectual or complex) for its own sake". Nonetheless, it remains a pejorative, widely used in an abusive manner especially against children and teens who may be more focused on studies, while less popular, fashionable, or socially inclined. Cameron Brown
All four answer options would describe an enthusiastic person, at any given stage of their pursuits. Using &#39;Wiki&#39; to formulate questions is vapid.

Kimberly Kennedy
For what it is worth, I don&#39;t agree.

Carroll Price
Guessed right, but any of the choices would be correct

erik hughes
Irma Rivera, I think you meant &quot;there&#39;re&quot;, a contraction for &quot;there are&quot;, not &quot;they are&quot;; but I know there&#39;re women who have attacked &quot;geeks&quot;...

erik hughes
Jarrah Iluka, that&#39;s practically 9 out of every 10 questions on here...

Andy the educated troglodyte
Irma Rivera, I think you mean attracted...violence gets you nowhere :-)

Irma Rivera
And to think they’re women that are attacked to geeks, nothing wrong with that!!! 🤓

johnjamesankers
This site is flooded with narcissistic geeks

Sue Grayson
Geeks are not necessarily obsessed with something, sometimes they&#39;re just particularly good at it, like computer geeks. Of which I&#39;m not one. &#128526;

Michael Doherty
We need to put an end to inane questions like this. James Williams
Originally a Geek was a carnival performer that bit the heads of off baby animals.

Jennifer Dyster
Geek. Not sure you are right. It&#39;s regional. I have never heard of a classical music enthusiast referred to as a geek. In Australia it is specific to interest in computers, IT systems 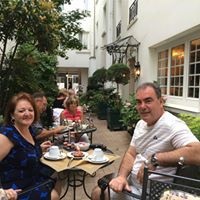