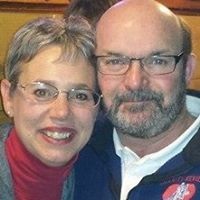 Lynne Zeman
the A was too scientific for most. bring it to the masses - not the elite. you are showing your cut &amp; paste skills - not the explanation to most.