What is a system used for connecting computers and other electronic equipment to the internet called?

Wi-Fi is a way of connecting to a computer network using radio waves instead of wires. It was invented to connect computers that are near each other, and nowadays is much used for Internet connections.

Wi‑Fi is a trademark of the non-profit Wi-Fi Alliance. The name Wi-Fi, commercially used at least as early as August 1999, was coined by the brand-consulting firm Interbrand. The Wi-Fi Alliance had hired Interbrand to create a name that was "a little catchier than 'IEEE 802.11b Direct Sequence'." Phil Belanger, a founding member of the Wi-Fi Alliance, has stated that the term Wi-Fi was chosen from a list of ten potential names invented by Interbrand.

The name Wi-Fi has no further meaning, and was never officially a shortened form of "Wireless Fidelity".

Interbrand also created the Wi-Fi logo. The yin-yang Wi-Fi logo indicates the certification of a product for interoperability.

Alan B Mitchell
Too ambiguous a question. Quite apart from the &#39;correct&#39; answer a web hosting service connects to the internet as does our old friend the browser.

billyboy915
Joe Howard, If you are using a web browser are you already connected to the internet. Denny Quigley
It is a modem and router. Your modem uses Wi-fi to connect to the internet Andrew Walsh
Really , so what dose the modem do ?

Camilla Prosser
If so many questions are bad, where are all the good questions you submitted? 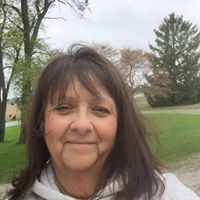 Mary Frye
Wrong answer. Not the first to see that.. 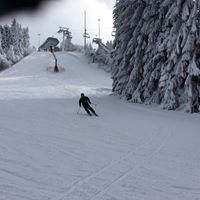 Joris van Pelt
WiFi is for wireless connection from digital devices to each other and a modem a Modem connect to the Internet via some of the other 3 answers.

lls
Alan B Mitchell, I was going to say that, too... Lynda Flanger
Bad question bad answer. Many have stated why before me.
Author:
Lilly Nicolson
Writer