What is a votive offering?

A votive offering or votive deposit is one or more objects displayed or deposited, without the intention of recovery or use, in a sacred place for religious purposes. Such items are a feature of modern and ancient societies and are generally made in order to gain favor with supernatural forces.

Some offerings have apparently been made in anticipation of the achievement of a particular wish, but in Western cultures from which documentary evidence survives, it has been more typical to wait until the wish has been fulfilled before making the offering, for which the more specific term ex-voto may be used. Other offerings were very likely regarded just as gifts to the deity, not linked to any particular need.

In Buddhism, votive offering such as the construction of stupas was a prevalent and holy practice in ancient India, an example of which can be observed in the ruins of the ancient Vikramshila University and other contemporary structures. Votive offerings have been described in the historical Roman era and Greek sources, although similar acts continue into the present day, for example in traditional Catholic culture and, arguably, in the modern-day practice of tossing coins into a wishing well or fountain. The modern construction practice called topping out can be considered as an example of a votive practice that has very ancient roots. 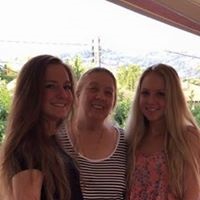 Mr.LaFaye
Does this mean those candles being lite are a form of Pagan Worship?

Keith Richard Mears
In other words, something that you throw away.

David Colloby
So it wasn&#39;t people who voted for Donald Trump

Sue Grayson
Seriously, how can a prophet or a monument be an offering? That left curse, or offering to a god. Another DW gem 😂