What is an igloo?

An Igloo, also spelled Iglu, or a snow house is a kind of shelter built out of snow. It is also called "aputiak" and is a temporary winter home or a hunting underground dwelling used by the Canadian and Greenland Inuit (Eskimos). The word Igloo comes from the Eskimo "Igdlu" which means house or home. It is also related to a town named Iglulik and Inuit people known as Iglulirmiut both belonging to the Iglulirmuit island. For an Inuit, Igloo is not restricted to only homes made out of snow, but can also be a cloth tent, sod houses, houses constructed of driftwood and even modern buildings. Inuits who live between the Mackenzie river delta and the Labrador live in snow houses in winter and in sealskin or cloth tents in summer. But for general purposes, an igloo is a shelter built out of blocks of snow and is dome shaped. Don Miller
Is quizzclub dumming down? 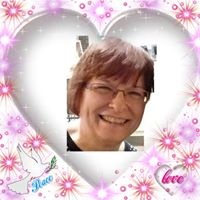 Cheryl Perkins
I thought the word Eskimo was a no-no and they are called Inuit. Sandy Lambert
It is getting to a point where I don&#39;t want to open my mouth without insulting someone! Come on folks. Most of us are respectful of our fellow man but, this is a quiz! Let&#39;s not pick apart every imagined insult! I didn&#39;t answer a question with the intention of insulting anyone! REALLY? Stephen Butler
An Ig is an Eskimo&#39;s ice house without a loo! Rosemary Elstone
Eskimo is a racist slur in Cree meaning essentially that the person being discussed is so primitive that he/she doesn&#39;t know to cook the meat he/she eats. Time the white man stopped using this derogatory term and adopted the correct Inuit, instead. Shirley Alfano
Probably the Inuits aren’t as offended being called Eskimos as some of you. Geez. allysweets
silrem, then you are welcome to submit some of your own? Hope no one will critic them!🤣

allysweets
There sure are some very picky comments here lately on whether the question or answer are politically correct or the question was up to the high standard of our esteemed forum, or if the answer was a google “cut and paste”. I also notice that a great number of said complaints are from people who have in fact not submitted any question of their own. Be nice and have some fun and...learn a little along the way!!! And while you’re at the “learning table” learn some manners as well?

kattybuck
Rosemary Elstone, JUST few innocent question; but, do ONLY Caucasian people use the term Eskimo, being the Crees coined the word????

clarencefrederickrodrigo
Please don’t use the word Eskimo, but you should know that. Why didn’t you?

dlh
Got it in one!

Spencer
Don Miller, I think so. Either the writers are really great or really bad. Classic example of bad. Kay Eicher
Got it

Don Racette
samidfayad Yes YOU are :)

Jim Adams
No indians or eskimo live in snow houses during winter! I can’t believe there are some people who still believe this carp! I bet you still believe all of the american indians lived in teepees also.