What is Anna Kournikova famous for?

Anna Sergeyevna Kournikova (born 7 June 1981) is a Russian former professional tennis player and American television personality. Her appearance and celebrity status made her one of the best known tennis stars worldwide. At the peak of her fame, fans looking for images of Kournikova made her name one of the most common search strings on Google Search.

Despite never winning a singles title, she reached No. 8 in the world in 2000. She achieved greater success playing doubles, where she was at times the world No. 1 player. With Martina Hingis as her partner, she won Grand Slam titles in Australia in 1999 and 2002, and the WTA Championships in 1999 and 2000. They referred to themselves as the "Spice Girls of Tennis".

William Laughlin
\\ZaiN// This seems to be an awful, new trend whereby you ask what a celebrity is famous for. This is the third or fourth such question in the last few days. And we thought US state postal codes were tiresome; there are only 50 of those. Brace yourselves everyone!

JohnnyRoulette
Her play on the court isn’t necessarily what she’s famous for. She won no singles titles. She did do well at doubles with Martina Hingis.

Kim
I&#39;ll correct myself here, it&#39;s Maria Sharapova who does the scream. Must have been a senior moment! 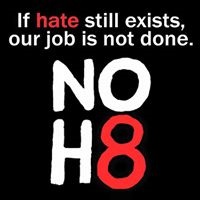 Carla Stiver
Anna and Enrique Iglesias have been together for 20 years and have a set of boy/girl twins around 2 1/2 years old.

Irene Townsend
Never heard of her was just a guess.

Lisa
The white shirt... gave it away. Have no idea. 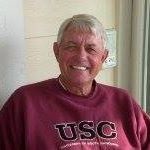 Richard Fuller
Dang ! I was certain it was football. Joanne Serin
William Laughlin, if talking about a celebrity, it&#39;s obvious that one would be interested in why they&#39;re famous. That&#39;s what celebrity is, right? Except ffg orvthosecwho are just famous for being famous, like Kim K or Paris Hilton.

Jim Kepler
Gee, here I though it was football⚽️🏉🏈

joesmoothfoster
She should turn to modeling! Very pretty young lady!

jaijam
Let me see it was either going to be a pick between football or tennis
Author:
\\ZaiN//
Writer