What is/are some perks of Queen Elizabeth ll of England?

Queen Elizabeth II is not like you and me.

Did you know she is immune from prosecution? That she has her own personal poet, paid in Sherry wine? Or that she holds dominion over British swans and can fire the entire Australian government? She owns all the swans in the River Thames and all the dolphins in Britain.

It's true that her role as the British head of state is largely ceremonial, and the Monarch no longer holds any serious power from day to day. The historic "prerogative powers" of the Sovereign have been devolved largely to government ministers. But this still means that when the British government declares war, or regulates the civil service, or signs a treaty, it is doing so only on her authority.

And she still wields some of these prerogative powers herself — as well as numerous other unique powers, ranging from the surprising to the utterly bizarre.

Nina Kamwene
It is good to be Queen of one&#39;s own mind. Meet Queen Nina.

Sue Grayson
The answe to these questions is always &#39;all of the above&#39;. 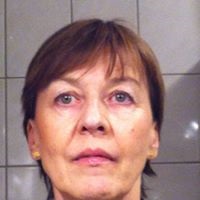 Alice Milne
This is just so silly. Theoretically she has these powers, some dating back to 14th century Anglo-Norman laws (regarding the swans on the Thames, for example). But actually, her powers regarding the dolphins or any governmental or diplomatic positions are practically zero. Knowing Australians and Canadians, or even the British parliament, I can just imagine them telling her in the most polite terms to eff off if she ever tried to interfere directly in their parliaments. She has a fair clout diplomatically, but that is due entirely to her being a very intelligent woman and having been in &quot;office&quot; for 70-odd years. but she has no actual direct power at all. 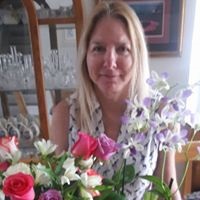 melbry
How do I keep losing my daily streak when I play every day?

Les Griffin
My pussycats visit her She must be good 😊 Armadillo
I think it is very ugly of her to want to own everything right down to the swans on the River Thames. Swans are remarkable birds and should be free on protected waters.

Jarvis
How many dolphins do we have in Britain?! Do they have any thoughts on the subject? Judith Chandler
She can also drive a car without having to have a driver’s, which is easier for her since she was an ambulance driver in WW2. Spencer
They are not really the greatest &#39;perks&#39; when you consider all of the scandal, family dysfunction, financial issues, scrutiny and unhappy lives she lives. I pity this family with all of their problems.

Sheila A Sharpe
melbry, I believe it&#39;s because we don&#39;t play within the allotted time, then we have to pay to continue with our streak.

dlh
I have great respect for Queen Elizabeth carrying out her formal duties with such grace. Her children and extended family are not doing nearly as well!

Cedric Walters
If Jamaica is truly an independent nation then why does she continue to exert so much power and control on that nation?

Don Racette
Roxanne Smith You&quot;re the queen of your household. John Fitzpatrick
She’s not the Queen of England,I wish she was. Roxanne Smith
Damn, I want to be Queen!

joan musicmasters
melbry, Sorry, I meant my last answer to be directed toward your comment: I keep losing my streaks, as well.
Author:
drmaldonado
Writer