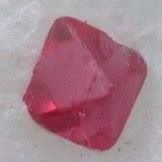 Scott Morris
Did not think they would ask such a question...so I got it wrong
Author:
blkstang
Writer