What is his name?

The masked shrike (Lanius nubicus) is a bird in the shrike family, Laniidae. It breeds in southeastern Europe and at the eastern end of the Mediterranean, with a separate population in eastern Iraq and western Iran. It is migratory, wintering mainly in northeast Africa. Although it is a short-range migrant, vagrants have occurred widely elsewhere, including northern and western Europe. It is the smallest member of its genus, long-tailed and with a hooked bill. The male has mainly black upperparts, with white on its crown, forehead and supercilium and large white patches on the shoulders and wings. The throat, neck sides and underparts are white, with orange flanks and breast. The female is a duller version of the male, with brownish black upperparts and a grey or buff tone to the shoulders and underparts.

Joy Holbrook
I studied the bird for a moment or two and decided on Peter. It’s not a choice though!

Pat Salloum
I don&#39;t usually answer &quot;ID the photo questions&quot;, but this birdie looked to be wearing a mask so I went with the shrike.

David Colloby
Isn&#39;t it known also as the Butcher bird?

wok
I thought his name was Jim.

jcdangusa
What is this? Real question? You can name an animal but what is the distinquish about this bird that we should know ?

Kitty White
What a beautiful bird. 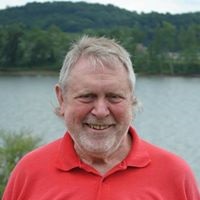 Cary Jasem
Mask gave it away

Cheryl McMeekin
It was a process of elimination..