What is known as a breech birth?

A breech birth is when a baby is born bottom first instead of head first. Around 3-5% of pregnant women at term (37–40 weeks pregnant) have a breech baby.

Most babies in the breech position are born by a caesarean section because it is seen as safer than being born vaginally.

Doctors and midwives in the developing world have thus lost many of the skills required to safely assist women giving birth to a breech baby vaginally.

Delivering all breech babies by caesarean section in developing countries is difficult to implement as there are not always resources available to provide this service.

With regard to the fetal presentation during pregnancy, three periods have been distinguished.

During the first period, which lasts until the 24th gestational week, the incidence of a longitudinal lie increases, with equal proportions of breech or cephalic presentations from this lie.

During the second period, lasting from the 25th to the 35th gestational week, the incidence of cephalic presentation increases, with a proportional decrease of breech presentation. The second period is characterized by a higher than random probability that the fetal presentation during this period will also be present at the time of delivery.

awreese
As a paramedic years ago, I had a woman who had no prenatal care present with a breech delivery in the back of the ambulance while enroute to the hospital. I had my partner to curb the ambulance and assist me. It was the most frightening experience when the newborn&#39;s head became lodged. Thank God for the excellent training I received. Without going into details and after a couple minutes manipulating the infant&#39;s head while providing an airway, he delivered without any other anomalies. I&#39;ve never had another breech in over 200 deliveries during my career and I&#39;ll never forget it.

Denise Currie
My first child was breech, until I was 39 weeks pregnant when he decided to turn, but being the lazy devil he was he stopped half way and trapped a nerve or something and causes me to have Pregnancy Paralysis, I couldn&#39;t use my left side at all during the next 4 weeks and was therefore confined to hospital.

ninakamwene
I knew about this one, and lucky for me; my one and only daughter who was late was a cephalic presentation birth after 22 hours of labor. No wonder she is an only child. Great medical information. Thank you.

Debra Coleman
My second baby was breech and I delivered him naturally, 9lb 1oz and perfectly healthy.

Kathleen Bishop
I had one of these- thank goodness all went well!!

Roselyn L Prollo
A breech birth is when a baby is born bottom first instead of head first,as is normal.It really happened this most especially when the mother not going to consult the monthly prenatal. All pregnant woman after 3 month we need to go to Any specialist Dr. For The OBEY.

Susan Lake-Harris
Breech birthing in warm water, as long as there are no other complications such as meconium, foetal distress, a non-frank breech presentation, high blood pressure in the mother etc., is now being allowed in many birthing centres and hospitals. This is because the reflex to breathe is triggered by the baby&#39;s skin being exposed to the colder external environment (this is why head first is desirable). When being born into warm water (breech or standard presentation), the baby doesn&#39;t attempt to breathe until lifted into the air. In the &quot;old days&quot; (1930s to 1950s), midwives covered the emerging baby&#39;s behind with warm towels. The major risk of breech birthing is the baby breathing in amniotic fluid that may be compromised by meconium. Preventing the breath reflex from kicking in until the baby has fully emerged works well for many - but only if there aren&#39;t other issues at play.

joycekingsmith
awreese, A thousand props to you. You saved a baby&#39;s life. I hope the &quot;little mama&quot; is doing well. I hope she realizes the worth of prenatal care. 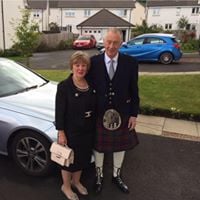 Margaret Clelland
I was a double breech. Folded in two with my toes touching my head. Poor mother ouch ouch ouch 😱

Marcella Kosse
Elizabeth Holmes, My thought was breech meant feet first, but since that wasn’t a choice, I went with bottom.

Corey Taylor
Most Medical reality shows that doctors have ways of turning the baby in the womb so they can be delivered headfirst. Otherwise, there is a greater risk of the cord wrapping around the baby&#39;s neck, neccesitating a C-section.

angeladeisehudson
I was a breech baby, my mother said they tried several times to turn me around with no success. But I came here healthy thank God and without complications. Elizabeth Holmes
I understand to be born bottom first is called &quot; double breech&quot; A breech birth is where feet are born first , yes there is a huge difference , if you think about it.

awreese
Lisa Curran, breech is any delivery not head first.

allysweets
Denise Currie, wow that must have been hard!!!
Author:
ALPHA
Writer