Mixed martial arts (MMA), sometimes referred to as cage fighting, no holds barred (NHB), and ultimate fighting, is a full-contact combat sport based on striking, grappling and ground fighting, incorporating techniques from various combat sports including boxing, kickboxing and martial arts from around the world.

During the early 20th century, various interstylistic contests took place throughout Japan and in the countries of the Four Asian Tigers. In Brazil, there was the sport of Vale Tudo, in which fighters from various styles fought with little to no rules. The Gracie family was known to promote Vale Tudo matches as a way to promote their own Brazilian jiu-jitsu style. In the West, the concept of combining elements of multiple martial arts was popularized by Bruce Lee's Jeet Kune Do during the late 1960s to early 1970s. A precursor to modern MMA was the 1976 Muhammad Ali vs. Antonio Inoki exhibition bout (which ended in a draw after 15 rounds), fought between boxer Muhammad Ali and wrestler Antonio Inoki in Japan, where it later inspired the foundation of Pancrase in 1993 and Pride Fighting Championships in 1997.

The rules for modern mixed martial arts competitions have changed significantly. The new rules included the introduction of weight classes. Small, open-fingered gloves were introduced to protect fists, reduce the occurrence of cuts (and stoppages due to cuts) and encourage fighters to use their hands for striking to allow more captivating matches.

Vimala Padmaraj
IF YOU HAD ASKED ANYONE LIVING IN MADRAS, INDIA, WHAT IS &#39;MMA&#39; THE IMMEDIATE REPLY WOULD HAVE BEEN &quot;MADRAS MUSIC ASSOCIATION&quot;.

Anita Clark Morton
Knew it HAD to be a Lilley question 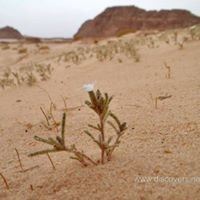 Karin Johansson
earlepg, me neither. It is not a &quot;sport&quot; i want to see.

Char
Vimala Padmaraj, what gets me is when several things same country have the same initials lol

earlepg
Know what the initials indicate although I&#39;ve never seen a bout.

werma
The only answer that made sense.
Author:
Lilly Nicolson
Writer