What is Paul McCartney's middle name?

Sir James Paul McCartney, MBE (born 18 June 1942) is an English singer-songwriter, multi-instrumentalist, and composer. With John Lennon, George Harrison, and Ringo Starr, he gained worldwide fame as the bassist of the rock band the Beatles, one of the most popular and influential groups in the history of pop music; his songwriting partnership with Lennon is one of the most celebrated of the 20th century. After the band's break-up, he pursued a solo career and formed Wings with his first wife, Linda, and Denny Laine.

Paul's Mother (Mary) was a Roman Catholic and his Father (James) was a Protestant. James promised Mary that any children would be baptised in the Catholic faith. Although both their sons were baptised James Paul and Peter Michael they were always called by their middle names jaime alzate
IT WASN´T A TRICKY QUESTION. YOU MUST READ CORRECTLY. PAUL IS HIS MIDDLE NAME. THAT´S IT.

Stevie G
Ian MacBrown, He adopted the stage name Ringo Starr; derived from the rings he wore and also because it implied a country and western influence. His drum solos were billed as Starr Time.

jack patti go
Yes! I messed this one up! 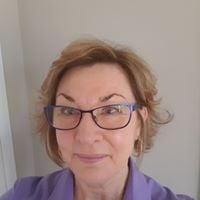 Christine Gardner
Many people use their second name &amp; it drives me crazy

Don Racette
Patricia Chisman Your husband told me he&#39;s fooled you since day one of your marriage. Al Cole
I knew one of his names was James. I just didn&#39;t remember which one.

Irma Rivera
Finally I got one right!!!