Pfeffernüsse are tiny spice cookies, popular as a holiday treat in Germany, Denmark, and The Netherlands, as well as among ethnic Mennonites in North America.

While the exact origin of the cookie is uncertain, the traditional Dutch belief links the 'pepernoten' to the 'feast of Sinterklaas', celebrated on 5 December or 6 December in The Netherlands and 6 December in Germany and Belgium.

This is when children receive gifts from St. Nicholas, who is partially the inspiration for the Santa Claus tradition. In Germany, the pfeffernuss is more closely associated with Christmas. The cookie has been part of European yuletide celebrations since the 1850s.

Throughout the years, the popularity of the pfeffernüsse has caused many bakers to create their own recipes. Though recipes differ, all contain aromatic spices, most commonly cinnamon, cloves, mace, nutmeg, cardamom, and anise.

Some variations are dusted with powdered sugar, though that is not a traditional ingredient. Molasses and honey are also used to sweeten the cookies.

Pfeffernüsse are commonly mistaken for kruidnoten or spicy nuts in English. While they are both famous holiday cookies, the kruidnoten are harder, have a darker brown color, and have a different shape. Russian tea cakes are also confused with pfeffernüsse, especially when dusted in powdered sugar.

tbear
My German grandmother made these every December 5th (before St.Nicholas day) they were star shaped! They best cookie ever!

Mic Fenst
Nothing quite like the taste of them. I&#39;m hungry for some now.

james parrillo
Marion Haggard, What would you like to call it? Thank you, Christine, James&#39;s wife

Eileen Murphy
I had them as a child. It took years to perfect my own recipe.

Kat
My German father made sure these were a part of our childhood! Along with Liebkuchen, of course!

tdelisi
Started eating them during extended work visits to Denmark during Christmas season in 2011 &amp; 2012. TheY look like fat buttons, or a Hershey’s kiss without the tippy top - but are a medium cardboard color. I love them.

Jenny Devereaux
Pack them with your suntan lotion and bikini? Dorothy Harper
I have the recipe for these cookies my Grandparents being German. Have made them, very good.

Richard G Schwartz
I came so close to picking it. Susanne Furst
It’s a noun and German nouns are always capitalised. Thus, it should be Pfeffernüsse :)

Fred Keogh
And lovely they are too, home made by a German &#39;Alterfrau&#39; and not shop bought. 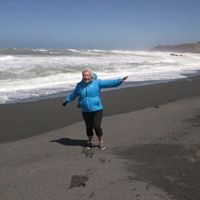 Marion Haggard
Christmas can be called other names, even if you only know one, it is not just a &quot;christian holiday&quot;

Denise Currie
My Dutch friend always sends me some at Christmas time, delicious too

Chris Braid
Like pffeffernusse but never thought of them as holiday cookies. Mainly because I have no idea what that phrase is supposed to mean! Jenny Forbes
What on earth are &quot;holiday&quot; cookies? Sounds like cookies for eating while on vacation. Do you mean &quot;Christmas cookies&quot;? Then why not say so?
Author:
ALPHA
Writer