What is "still life"?

A still life is a work of art where the predominant subject matter is that of inanimate objects, either natural or man-made. The pictorial representation of objects exists since Antiquity, but it was not until the Renaissance that still life emerged as an independent genre.

"Still Life with Partridge and Gauntlets" (1504) by Jacopo de’ Barbari is generally considered the first of its kind. The term “still life” derives from the Dutch word stilleven, which literally means motionless or silent life. This terminological detail reminds us that this genre had its heyday during the Dutch Golden Age.

Bekkah
A bowl of fruit

hazelphyllis
RCKCreatEnt, That would have given away the answer - the thing that so many people complain about!

Karin Johansson
Helga U. Williams, Stilleben in Swedish too.

James Webb
British politicians in response to the Gas and Fuel crisis.

klmilles
Jim Mascair, I love the poker playing dogs, myself. Elvis and clowns with big eyes on velvet not so much. Actually, they&#39;re all pretty tacky. Give me Turner or van Gogh any day.

RCKCreatEnt
I reviewed this question 1-2 weeks ago, I recommended she make the Jacopo de Barbari still life (2 gauntlets and 2 dead gamebirds) the picture and OF COURSE she blew me off 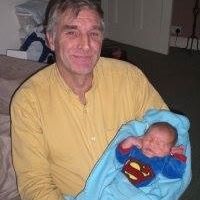 Helga U. Williams
Stillleben in German - same meaning as Dutch. Both languages are very similar! 👍

earlepg
Frequently it&#39;s a picture of a plant. It could be a dead animal. Hate to watch any sport thst might be called such.

billyboy915
tbear, It&#39;s sweet of you to come to her defense, but I&#39;ve followed Char&#39;s comments for quite a while. She loves the easy questions; those most adults would consider condescendingly simple and regularly defends those who miss the the most elementary questions when someone expresses surprise over missing those juvenile questions. I don&#39;t think her standards are high enough for her to be given to expressions of a sarcastic vein. As Randy Newman sings in the &quot;Monk&quot; theme song, &quot;I could be wrong now... but I don&#39;t think so!&quot;