Taffeta is a crisp, smooth, plain woven fabric made from silk or cuprammonium rayons as well as acetate and polyester. The word is Persian in origin and means "twisted woven".

It is considered to be a 'high-end' fabric, suitable for use in ball gowns, wedding dresses, and in interior decoration for curtains or wallcoverings. It is also widely used in the manufacture of corsets and corsetry, it yields a more starched-like type of cloth that holds its shape better than many other fabrics.

Modern taffeta was first woven in Italy and France and until the 1950s in Japan. Warp-printed taffeta or chiné, mainly made in France from the eighteenth century onwards, is sometimes called 'pompadour taffeta' after Madame de Pompadour.

Today most raw silk taffeta is produced in India and Pakistan. There, even in the modern period, handlooms were long widely used, but since the 1990s it has been produced on mechanical looms in the Bangalore area.

From the 1970s until the 1990s, the 'Jiangsu' province of China produced fine silk taffetas: these were less flexible than those from Indian mills, however, which continue to dominate production.

Other countries in Southeast Asia and the Middle East also produce silk taffeta, but these products are not yet equal in quality or competitiveness to those from India.

The most deluxe taffetas, however, are still woven in France, Italy, Russia, and the United Kingdom

Ilias Tsiabardas
I know about taffeta ,i am a man with many trades including Fabric Cutter

Lynne Cage
Know this from my old sewing days

Charli Robinson
Have known this since I was a little girl many, many years ago, ... when little girls all wanted a taffeta dress!

Player
David Roy, the writer is now ALPHA from Ireland

Sindy Kimmis Farris
The benefit of having majored in textiles. ☺️ 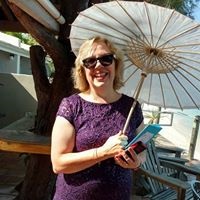 perkyposey
Watch Young Frankenstein, one of my favorite lines is about Taffeta, so funnnnnyyy!!

Char
tesla alset, fantastic Tesla I knew it for the same reasons.

Mr.LaFaye
tesla alset, I bet you were good too.

earlepg
Got it, but it sounds like a small piece of taffy candy.

Howard Groopman
Rare repeat question; had it a couple days ago.

Richard G Schwartz
Must have been thinking of taffy.