What is the act called by which a person who has died is declared a saint?

Canonization is the act by which a Christian church declares that a person who has died was a saint, upon which declaration the person is included in the list of recognized saints, called the "canon".

Originally, a person was recognized as a saint without any formal process. Later, different processes were developed, such as those used today in the Roman Catholic Church, the Eastern Orthodox Church, Oriental Orthodox Church and the Anglican Communion.

filmnut
The road to Sainthood is long. It starts while the person is alive. The Roman Catholic Church does not just hand out the Title without arduous investigation. At least three miracles must be attributed to the person. The Church has had its ‘rocky’ periods. The Crusades, The Spanish Inquisition and the selling of indulgences to name a few. Never the less the Catholic Church does not have its roots In Paganism. It actually has its roots in the Jewish Religion. Many people seem to forget that Christ was a Jew and it was the Elders of that faith that rejected Jesus and his teachings. It’s to bad that we don’t have any records of the Life of the Man we call Jesus, other than that which is covered in the Gospels.

Vance Duncan
According to scripture, a Saint is a believer in Christ 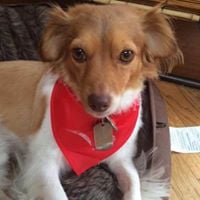 Kevin Gerhart
I thought it was beatification.

David Coe
I thought that was when the body was fired from a cannon...

Teri Gallagan-Horning
I thought it interesting that a picture of Czar Nicholas II &amp; his family was shown as a example of canonized saints (which they were in on August 20, 2000). Most of the answers here post about Roman Catholic as being the faith to canonized saints, but so does the Russian / Eastern Orthodox faith.Roman Catholicism is just the more well known faith to practice this.

Char
There are times growing up in a Catholic Family helps and this is one of them. Lol

josemobley
Kevin Dale Streets, I believe it is for intercession for us as sinners

Mr.LaFaye
How many are pedophiles, or is that one of the requirements to be sainted? The word Cult always comes to mind when I think about religions. Except for the ones who wear the Noodle Colander. I don&#39;t think Thor has any Cult followers, oh wait that is Norse Mythology

Mr.LaFaye
Cheryl Perkins, Wow... we do agree with something!

Howard Groopman
My late wife and I were married for nearly 39 years. She was a devout Catholic, I am not, but I think that long marriage should qualify me for sainthood.

Sue Grayson
filmnut, not to mention the proliferation of paedophilia along the way.

girl pn
Thought other three may be wrong

Jeannie Ellis
Kevin Dale Streets, this is an example of the Catholic Church’s over reach in Christianity, you’re either a saint (a believer) or, as my pastor puts it, an ain’t (a non-believer)