What is the capital of Alaska?

The City and Borough of Juneau has been the state capital since 1906. The capital was moved there from Sitka with the government of the District of Alaska. Juneau is the second largest city in the USA by area. The area of the city is even larger than that of the state of Rhode Island and the state of Delaware. The current municipality unified on the 1st of July, 1970 after the merger of the city of Juneau with the city of Douglas and the surrounding Greater Juneau Borough.

Downtown Juneau is nestled at the base of Mount Juneau and across the channel from Douglas Island. Approximately 32 thousand people live there now, making Juneau the second most populous city of Alaska. Juneau is actively visited by tourists between May and September. People coming from visiting cruise ships usually notably increase the daily population of the city.

What tourist like most about visiting Juneau is observing the wildlife of this area. There are plenty of opportunities for them to view it, for example from The Mount Roberts Tramway, which lifts visitors 2,000 feet into the air. Almost 300 species of birds, five species of salmon, three species of whales, brown and black bears dwell here and are of a great interest. Raven Berlowitz
Juneau is also the only State Capital not accessible by road, for all you trivia buffs. 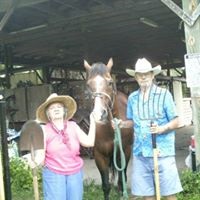 Jeff Overton
Doyouknow the capital of Alaska ? (think about it) Sue Gregory
Love these when I answer correctly Mary Ann Gordon
On a tour bus in Juneau was told &quot;there are 3 ways in to Juneau, plane, boat, and birth canal&quot;! micky
Pam Barker,I&#39;m from a town very close to where Carl Ben Eielson was born in North Dakota. And the AFB in Grand Forks had a Carl Ben Eielson Elementary School as well. He was a man that didn&#39;t let the grass under his feet by the looks of things.

charbur
We lived in Anchorage on the Air Force base for almost 5 years. Two of my 4 children were born there. Alaska is beautiful and driving there was awesome. We had moose stop traffic to cross the road.

skipsmart
Went to Alaska with my folks to visit my sister and brother-in-law( who was stationed at Elmandorf Air Force ) in 1970 for a graduation present. Beautiful country!! 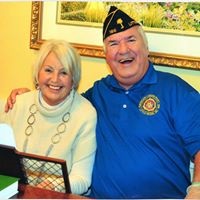 Lance
I was pretty sure they voted to move it, I guess not. Angel Attanasio
Teo Sinclair, is that like Philly slang????? 😂😂😂

Howard Groopman
&quot;Didyouknow&quot; the capital of Alaska? (say it quickly) Dani Smith
Nobi Wan Kinobe, stop reading his comment every single time. You might not be so annoyed then.