What is the chemical symbol for calcium in the periodic table of elements?

Calcium is essential for living organisms, particularly in cell physiology where movement of the calcium ion into and out of the cytoplasm functions as a signal for many cellular processes. As a major material used in mineralization of bone, teeth and shells, calcium is the most abundant metal by mass in many animals.

By the way, C is Carbon, Cl is Chlorine, and Cm is Curium. Sybilla
I am from the times when we had to learn the periodic table by heart. We used so many mnemonics then, with and without music.

Chris Braun
I love the science ones. Easy points. 1930s movie trivia...not so much lol

jack patti go
Ooops slipped on this one?

Carol Focht Cheney
I chose Ca and it said I hit Cl. No way I could have accidently hit Cl which was the second choice and Ca was the 4th choice. Barry G Hitchens
Cynthia is correct re use of upper and lower case letters on Periodic Table of the elements....

Darlene White
Lucky for me my hubby taught Chemistry at WKU My go to chemtry trivia ringer. But I knew this one anyway 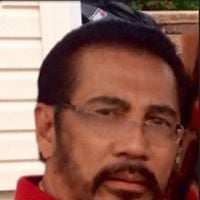 Ed Taber
Ralph Pearce, And BS is their politics?

Karin Johansson
tesla alset, there you see. You can write like a normal person
Author:
Heather P
Writer