What is the common nickname of this dog?

The Komondor, also known as the Hungarian sheepdog, is a large, white-coloured Hungarian breed of livestock guardian dog with a long, corded coat. Komondorok were brought to Hungary by Cumans, the Turkic speaking, nomadic people who settled in Hungary during the 12th and 13th centuries. The name Komondor derives from Koman-dor, meaning "Cuman dog".

The Komondor is commonly referred to as 'mop dogs' due to its body looks and is a long-established dog breed commonly employed to guard livestock and other property. It is a large breed of dog—many are over 30 inches (76 cm) tall—one of the larger breeds of dog. Its body is covered with a heavy, matted, corded coat.

Wyla Reedy
I can see why mop dog was another name. I have one by the washing machine.

Jerry Edwards
Variety of answers going on here. Never heard of one of these called a mop dog.

Lynne Cage
Would love to see one of these dogs!

Linda Shaw
Been there, done that. Please... no more dog questions. 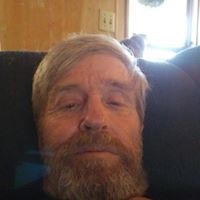 Leapy Lee
I have never seen them referred to as anything other than a Komondor here in Oz.