What is the deepest part of the Atlantic Ocean called?

The average depth of the Atlantic with its adjacent seas, is 3,339 metres (1,826 fathoms; 10,955 ft); without them it is 3,926 metres (2,147 fathoms; 12,881 ft). The greatest depth, Milwaukee Deep with 8,380 metres (4,580 fathoms; 27,490 ft), is in the Puerto Rico Trench. The trench is situated on the boundary between the Atlantic and the Caribbean Sea. It's 800 km (497 mi) long. If an earthquake occurs along this fault zone, it can generate a powerful tsunami. For example, a Puerto Rico earthquake of 1918 triggered a significant tsunami which swept the west coast of the island if Puerto Rico, which lies immediately to the south of the fault zone. Dave Pedersen
I went outside the other day , I took a break from all these trivia questions and comments . I met some of my neighbors ... I came back in. Alejandra Piñero
I was sure it was the Mariana´s trench.

Leanna Greenbush
I was looking for marina trench. Got it wrong. 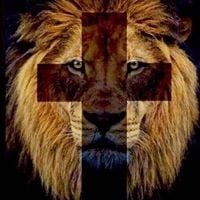 Cheryl Perkins
By a process of elimination, I got it right.

Marcella Kosse
Interesting. I hadn’t heard of any of them.

Douglas Oaten
Paraguay has no ocean shore ad Peru is on the Pacific Coast. I was unlikely that Panama would have a deep trench on its Caribbean side, so Puerto Rico was the obvious answer

Wendy Petty
Ian Swindale, this excerpt is from Human eye anatomy, All about vision. which states &#39;The iris of the eye functions like the diaphragm of a camera, controlling the amount of light reaching the back of the eye by automatically adjusting the size of the pupil (aperture).&#39; I think this should help your problem.