What is the height of the octobass?

The octobass is an extremely large and rare bowed string instrument that was first built around 1850 in Paris by the French luthier Jean-Baptiste Vuillaume (1798–1875). It has three strings and is essentially a larger version of the double bass - the specimen in the collection of the Musée de la Musique in Paris measures 3.48 metres (11 ft 5 in) in length, whereas a full-size double bass is generally approximately 2 m (6 ft 7 in) in length.

Because of the extreme fingerboard length and string thickness, the musician plays it using a system of levers and pedals. The levers serve to engage metal clamps that are positioned above the neck at specific positions. These clamps act as fretting devices when the performer presses the levers.

The only known work from the Nineteenth Century that specifically calls for the Octobass is Charles Gounod's Messe solennelle de Sainte-Cécile. In this work, the Octobass only appears in the "Benedictus" and the "Agnus Dei." It typically plays one octave below the Double Bass.

Denise Currie
Never seen on of these but it looks huge and very difficult to play. I had enough problems with my violin

Char
Never heard of one thanks for the info. I was hoping the guy was taller than 4 ft like my Gran lol

Doris Dallaire
Never heard of it but I learned something.

Howard Groopman
Kind of obvious with a man about 6 feet tall standing next to it.

John W Shreve
In an ordinary room, a hole would have to be cut in the ceiling.

Cheryl McMeekin
I&#39;ve never heard of it, but answered correctly. Andrew Perlstein
Unlikely that I could hear it but I bet you can feel it.

Joy Holbrook
I’ve been around music all my long life and I’ve never heard of it. Fascinating!

Merri Sillery
Char, why would you argue with MY opinion?

Ron Harvey
Well the picture eliminated half of your options. Another well thought out question, Lilly.

Brenda Hanneman Wallace
I just have to ask , why such an oversized instrument ?🤷‍♂️

Linda Wanta
Never knew this existed! With the prefix &quot;OCTO-&quot; I would think it has the range of a piano, about 8 octaves&#128559; 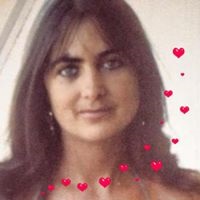