What is the highest mountain in Germany?

The Zugspitze is the highest peak of the Wetterstein Mountains as well as the highest mountain in Germany. Its height is estimated at 9,718 ft above sea level. The peak lies south of the town of Garmisch-Partenkirchen, and the border between Germany and Austria runs over its western summit.

Did you know? South of the mountain is a plateau with numerous caves. There are also three glaciers, including the two largest in the country.

This might be interesting: The mountain is the highest one in Germany but its height is not even close to that one of the highest mountain in the world. Its elevation is only 9,718 ft, while Lupghar Sar which is the 109th on the list of the tallest mountains has an elevation of 23,622 ft.

Wayne Roberts
Skied there when conditions weren’t good elsewhere. Heights should be in metres as well! David Taylor
Been to gloss glossglockner Bruce A. Girdler
Been there skiing almost broke my leg. Frannie Aldrich
My teen daughter and son climbed the Zugspitz when we were stationed in Germany, with the military. Proud of them! 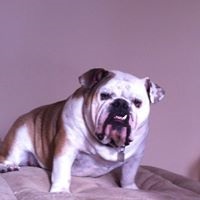 BT Abs
Fred Zeb Fudpucker, ive also been on the top via cable car in 1964

jane oddo
I&#39;ve never been interested in German geography. This is a good question however.

Sean Philips
Germany and most of the world is metric - why is the height in ft?