What is the least densely populated country in the world?

Being an autonomous country within the Danish Realm, Greenland is situated between Atlantic and the Arctic Oceans, east of the Canadian Arctic Archipelago.

Geographically it's a part of North America, but culturally and politically Greenland has been associated with Europe for thousands of years now. 8 years ago, a referendum supporting greater autonomy of Greenland was held; 75% of votes were in favor.

Greenland is the largest island in the world. It is the only island on which over 3/4 of the area is covered by ice sheet, except Antarctica. Considering the area of this country and a population of about 56 thousand, it is the least densely populated country in the world. Gaetano Guttadauro
Greenland is not a country, but i s a dominion of Denmark. Bad question. Larry Humphrey
Recogniziton of it as a country - epecially by the UN wasn&#39;t the issue, Good question--and good facts about it.. 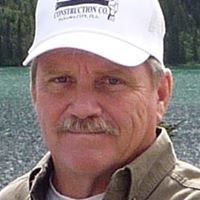 Tim Faucheux
Greenland is an autonomous country within the Danish Realm, located between the Arctic and Atlantic Oceans, east of the Canadian Arctic Archipelago. 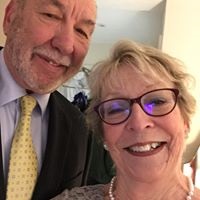 Collin Turcotte
Greenland is not recognised by the United Natons as being a country. Bad question.

gerri keays
Larry Humphrey, It is an issue if you know the difference!

gerri keays
Greenland is not a country its a territory! dick aspel
Could have sworn it was Hong Kong.

Pierre Poirier
I said Greenland. But Greenland is NOT a country Kenneth Dallas
Tibet is not a country.

Marguerite LaHaye
I guessed wrong because I was looking for an independent country. John J Meirose
Poor question. Too much ambiguity regarding Greenland&#39;s status as a country. Cyndie Clements Stevens
I agree with Gaetano! &#39;Since the 1700s, Greenland has been a territory controlled by Denmark. In recent years, however, Greenland has regained a considerable level of autonomy from Denmark. Correct answer is Iceland! Dennis Shearer
Tibet is not a country, it is a province im China. Al Cornelius
I&#39;m with the rest of the people believing Greenland isn&#39;t a true country. I did 50/50 and had to guess between Tibet and Greendland. I got it wrong. First one in a few weeks.

Dennis Shearer
Tibet is not a country but a province in China.
Author:
Bernd Rittersporn
Writer