What is the most common type of fish found in the Dead Sea?

Located on the border between Israel and Jordan, the Dead Sea is one of the most intriguing natural phenomena on Earth. Aside from some microorganisms and algae, this saltwater lake is completely devoid of life. There’s no seaweed, fish, or any other creatures found in or around its turquoise waters.

The Dead Sea is one of the saltiest bodies of water on Earth, with almost 10 times more salt than ordinary seawater. This is because the water flows into the Dead Sea from one main tributary, the River Jordan. It then has no way to get out of the lake and so is forced to evaporate.

The soaring hot and dry conditions of this region mean that large quantities of water are evaporated. This leads to the salt and other minerals becoming more and more concentrated. In fact, it’s estimated that in the whole of the Dead Sea there is about 37 billion tonnes of salt. 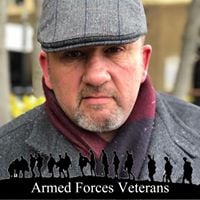 Lee Wilson
Bad question there are fish in the Dead Sea

Shirley Campbell
Utah (USA) also has a salt lake. For the same reason the Bear River flows into it and there is no outlet. Tons of salt is taken from this lake. The ground around it is used for speed racing. That is called the salt flats. The salt in the soil makes the ground so hard it is not tore up from speeding cars and motor bikes. There are no bumps just smooth ground.

chipdhf
Grant McIntosh, not even them

Tobias Cordingley
Mariah Hartberg, very wrong. It’s land locked between Israel, West Bank and Jordan. Personally, I access to it from Israel when I am there.

fdeisner
Linda Young-Williams, Google is the search engine. What site gave that information, most likely Wikipedia which is not always correct. Please let me know.

Pat Salloum
There are no plants, fish, or any other visible life in the sea. Its salt concentration is a staggering 33.7%, 8.6 times saltier than ocean water, which is only about 3.5% salt.

Irma Rivera
When in the Dead Sea waters one floats right of way, the only way to drown is if the swimmer get caught in strong wins, flip over and swallowing the salty waters!!! Cliff McCombs
not quite as dead as you think ! Carol Foreman
It has fish!

mapiferuk
Great facts about this intriguing place, many thanks!