What is the name of a 2014 American superhero film directed by James Gunn?

"Guardians of the Galaxy" is a 2014 American superhero film based on the Marvel Comics superhero team of the same name. Produced by Marvel Studios and distributed by Walt Disney Studios Motion Pictures, it is the 10th film in the Marvel Cinematic Universe (MCU). Director of the film is James Gunn.

"Guardians of the Galaxy" premiered at the Dolby Theatre in Hollywood on July 21, 2014, and was theatrically released in the United States on August 1. The film became a critical and commercial success, grossing $772.8 million worldwide and becoming the highest-grossing superhero film of 2014, as well as the third-highest-grossing film of 2014. The film was praised for its screenplay, direction, acting, humor, soundtrack, visual effects, and action sequences.

In the film, in 1988, following his mother's death, a young Peter Quill is abducted from Earth by a group of alien thieves and smugglers called the Ravagers led by Yondu Udonta. Twenty-six years later on the abandoned planet Morag, Quill steals a mysterious orb, but is attacked by forces of the fanatical Kree renegade Ronan the Accuser led by Korath. Although Quill escapes with the Orb, Yondu discovers his theft and issues a bounty for his capture, while Ronan sends the assassin Gamora after the Orb.

Karin Johansson
Have not seen it so the picture didn&#39;t say me anything. It was a good question.

mainjim
The first film is much better than the sequel.

Alan B Mitchell
Corey Taylor, didn&#39;t give it away to me! Could have been any superhero film...or none.

Corey Taylor
Way to give it away with the picture, AGAIN!

Irene Townsend
Never seen it nor heard of it, used majority.

Francie Carlson
good idea of having the movie poster as a clue!

Char
I&#39;ve seen the movies but never knew it was a comic book prior

Bridy4u
I just watched Suicide Squad- another one he directed

earlepg
The racoon in the picture told me to go with the Guardians.

lls
One of my faves! 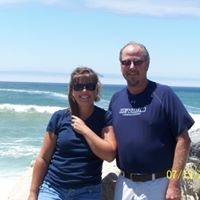