What is the name of Ariel's father in "The Little Mermaid"?

Triton is the king of Atlantica and the father of Ariel and her sisters. In the Hans Christian Andersen version, the sea king is unnamed and is not prejudiced towards humans.

In The Little Mermaid, Triton is prejudiced towards humans, believing them to be nothing but savage fish eaters, and Ariel's fascination with humans has caused their relationship to become very strained. According to Triton, it is illegal to make contact between humans and merpeople; and he orders his servant, Sebastian, to look after Ariel.

When Triton discovers that Ariel saved the life of and has fallen in love with a human, he loses his temper and destroys most of her grotto filled with her collection of human artifacts despite his daughter's objections, which ultimately damages their relationship. Devastated by his recent actions, Triton orders a search for Ariel to apologize, not knowing that she has accepted Ursula's deal and become a human. Triton is distraught over his daughter's disappearance, and when Sebastian arrives with news of Ursula's scheme, Triton goes to Ursula, offering to take his daughter's place. He is transformed into a polyp, but when Ursula is killed by Eric, he is restored to his original form along with the merpeople and regains his crown and trident.

Realizing that Ariel truly loves Eric and that all his beliefs about all humans in general being bad were completely wrong, Triton willingly transforms his daughter back into a human.

DeepThought
Dang it I thought AquaMan for sure. They are both cartoon mermen. 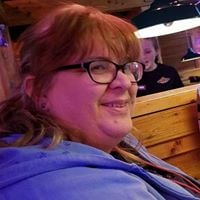 Kathrine Box
here all the time I thought it was neptune Thor Johnson
Triton was the most obvious choice.