What is the name of the indigenous Polynesian people of New Zealand?

The Māori are the indigenous Polynesian people of New Zealand. Māori originated with settlers from eastern Polynesia, who arrived in New Zealand in several waves of canoe voyages some time between 1250 and 1300. Over several centuries in isolation, the Polynesian settlers developed a unique culture, with their own language, a rich mythology, and distinctive crafts and performing arts. Early Māori formed tribal groups based on eastern Polynesian social customs and organisation. Horticulture flourished using plants they introduced; later, a prominent warrior culture emerged.

The arrival of Europeans to New Zealand, starting in the 17th century, brought enormous changes to the Māori way of life. Māori people gradually adopted many aspects of Western society and culture. Initial relations between Māori and Europeans were largely amicable, and with the signing of the Treaty of Waitangi in 1840, the two cultures coexisted as part of a new British colony. Rising tensions over disputed land sales led to conflict in the 1860s. Social upheaval, decades of conflict and epidemics of introduced disease took a devastating toll on the Māori population, which fell dramatically. Sam Wilson
Neil Adkins, we have a rugby league team nick named the Kiwis. New Zealanders as a nation are also known as Kiwis. Named after our national bird. The Kiwi. We also have a Maori All Blacks rugby team which is picked from players with Maori heritage. Lynda Jenkinson.
For all of you who contest the validity of the NZ All Blacks being the no1 rugby team, watch the Rugby World Cup, currently being held in Japan 2019. At least the RWC is contested by at least 16 international teams as opposed to the Baseball World Series, which is ...one country?

allysweets
New Zealand has an amazing prime minister. Jacinda Ardern Is only 39 and she could give lessons on how to be a leader 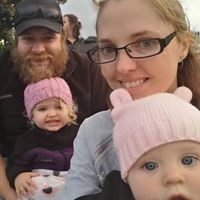 Niki Wilson
qwaydesmum, Unfortunately there are no Moriori left which therefore makes Maori our indigenous people. qwaydesmum
The Maori are not indigenous. The Moriori were here before them. It is also speculated that travelers from other parts of the world were in New Zealand far earlier than them too. As the Maori had no written language, so much of their history is only speculation.

teresab
Norm Kraut, you&#39;re right, but not a choice that was given.

Caroline Wolter Hall
Exotic Merle Oberon, most remembered for Wuthering Heights (1939), was part Māori from her mother&#39;s side.

Peter
Diane Herbert Wall, wow! Not all Māori are like those portrayed in the film Once Were Warriors. In fact, the majority are not.

Char
Got that too on a roll tonight

Bruce Means
Sam Wilson, During the mid 1980&#39;s, there were sometimes violent demonstrations about the racially rugby team selection of South Africa. In some cases the games were cancelled. As complete hypocrits we have teams selected by race i.e. maori. There are a number of these. Makes one wonder where their minds are ???