What is the name of the person pictured?

Carole King (born Carol Joan Klein, February 9, 1942) is an American singer-songwriter who has been active since 1958, initially as one of the staff songwriters at the Brill Building and later as a solo artist. She is the most successful female songwriter of the latter half of the 20th century in the US, having written or co-written 118 pop hits on the Billboard Hot 100. King also wrote 61 hits that charted in the UK, making her the most successful female songwriter on the UK singles charts between 1952 and 2005.

King's major success began in the 1960s when she and her first husband, Gerry Goffin, wrote more than two dozen chart hits, many of which have become standards, for numerous artists. She has continued writing for other artists since then. King's success as a performer in her own right did not come until the 1970s, when she sang her own songs, accompanying herself on the piano, in a series of albums and concerts. After experiencing commercial disappointment with her debut album Writer, King scored her breakthrough with the album Tapestry, which topped the U.S. album chart for 15 weeks in 1971 and remained on the charts for more than six years. Ray Miller
I was going to answer, but I felt the earth move under my feet, and I realized it was too late baby.

Chrissy Krainock Luders
“Will You Still Love Me Tomorrow”, “So Far Away”, “ You’ve Got a Friend”, so many good songs on that album. Great memories.

hector tubens
Tapestry album was good memories for me.

docluci
My daughter loved her songs from late childhood and into her teens especially, so much so we decided to take her and her brother to a concert. This is where they learned what pot smelled like as the orchestra section of the auditorium was wreathed in smoke all night!!!!!

dvdeaton
Great singer-songwriter. After writing songs that became hits for others, put out &quot;Tapestries&quot; in 1971, and set the record for most Grammy awards in one evening.. 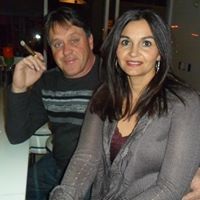 Tim Peery
Stayed in bed all morning just to pass the time....

Dawn Barela
I love this album! My Mom had it on 8-track and played it a LOT!! It was one of her favorites. I have it on CD now and it took ages for me to be able to listen to it! My Mom passed away a few years ago. It brings back lots of memories of her!!

Mama B
Love that album

Don Racette
Cheryl McMeekin As did I again.

Pamela Ashton
Marlene Sunley, it was on my stereo, too! Eddie Harper
Love the story I heard that Ms King did not like the licks the session drummer was playing for the Shirelles on WILL YOU LOVE ME TOMORROW?, nudged or pushed him off of his seat and played the kit herself! Marlene Sunley
Tapestry was the album plying in every stereo in the dorm my freshman year.

jack patti go
Got it! I have Tapestry album