What is the present capital of Texas?

The city of Austin has served as the capital of Texas since 1839 to the present day. In terms of population it holds the 11th position in the state with approximately 912,000 people living here. The famous motto of the city is "Keep Austin Weird", which supports Austin's diversity, originality and local independent businessmen as well. 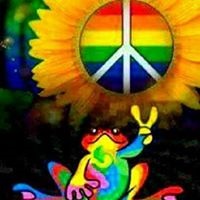 Ila Funkhouser
OK, now on to the next question, hopefully with a bit of a challenge.

vudu
Congratulations on your first question! It is both timely and interesting. Thank you. It was challenging enough for quizzclub. Unfortunately, some people just have to complain about everything. I call them chronic complainers - they are just very negative, unhappy people.

steve
Home of my Alma Mater, The University of Texas at Austin. HOOK &#39;EM, HORNS!!!! Rainer Wetjen
Ila Funkhouser, so easy, 25% got it wrong!

Wayne arrington
A walk down 6th street when the vendors are out will yield great bargains.

Michael McMahan
Ben Totuous, as opposed to brilliant Quizzclub Players like yourself.

Janice Lea Vanlandingham
Ben Totuous, so you live there huh, what does that say about you?

Janice Lea Vanlandingham
Oh that is really something to brag on &quot;keep Austin Weird&quot;!

Char
nannybon, I owe you an apology I thought you were griping about us the other players. I&#39;m trying to think I believe I filled out the survey. Yet I&#39;m not getting calls. Anyone else have that issue?

Char
Heck I missed it and I lived in Del Rio long ago...sad