What is the process of snow going straight to water vapor?

On a sunny winter day you'll notice snow banks shrinking without melting. This is because the snow is going from frozen to water vapor, which is sublimation.

Sublimation is the transition of a substance directly from the solid to the gas phase, without passing through the intermediate liquid phase. Sublimation is an endothermic process that occurs at temperatures and pressures below a substance's triple point in its phase diagram, which corresponds to the lowest pressure at which the substance can exist as a liquid. The reverse process of sublimation is deposition or desublimation, in which a substance passes directly from a gas to a solid phase. Doris Bliven
I didn&#39;t know that term, but it is always fun to learn new things.

bvspurrell
Any aviator would know this. A aircrafts contrail is a common example of sublimation.

Sheila Robinson
That’s how washing dries on a clothes line on a cold day! David Hill
Have seen it all my life, never knew that’s what it was called and guessed right by elimination Linda Owensby
Doris Bliven, long time ago someone told me the days not a total waste if you learn something new. That’s why I like trivia games. 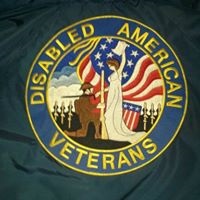 Ruth Cost
Never knew this, have heard the word but certainly didn&#39;t know its definition, I think of &quot;sublime&quot; lol old dog can learn new tricks, or things in this case.

Peggy Tinsley
Never &#39;erd if it David Smith
Nancy Wampler Collier, That&#39;s the term for any substance going from solid to vapor. Like &quot;dry ice&quot; (solid CO2). The reverse process (vapor to solid) is called &quot;deposition.&quot;