What is the smallest member of the order Carnivora?

The least weasel (Mustela nivalis), is the smallest member of the genus Mustela and of the family Mustelidae (as well as the smallest of the Carnivora), native to Eurasia, North America and North Africa, although it has been introduced to New Zealand, Australia, Malta, Crete, Bermuda, Madeira Island, the Azores, the Canary Islands, Sao Tome, the Falkland Islands, Argentina and Chile.

Least weasels from various parts of its range vary greatly in size. The body is slender and elongated and the legs and tail are relatively short. The color varies geographically, as does the pelage type and length of tail. The dorsal surface, flanks, limbs and tail of the animal are usually some shade of brown while the underparts are white. The line delineating the boundary between the two colors is usually straight. At high altitudes and in the northern part of its range, the coat becomes pure white in winter. Eighteen subspecies are recognized.

Denise Currie
Great question and answer, I went for the obvious pygmy shrew, good explaination too. Thank you

Pierre Poirier
I squandered 4 majority votes. You are dismal today

Rob Farr
An interesting trivia question .. thanks, I learned a lot from this one.

kopackorl
Weasely kind of question, but I got it!

Ed Taber
I guess the shrew is clased as a insectovor

William Laughlin
Charles Graham The least weasel can weigh as little as 25 grams or 0.9 ounces. Least weasel males range from 8 to 9 inches long and weigh about 2 ounces. Males are larger than the females.

Charles Graham
how small is the weasel 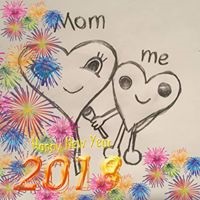 Marilyn Gatlin
I guessed the shrew :-/