What is the U.S. national flower?

On the 20th of November , 1986, then president Ronald Reagan signed a proclamation certifying the rose as the national flower in a ceremony at the White House Rose Garden.

The rose is, of course, not the only symbol of the country. Each American state has its official state flower and state bird. For example, Minnesota's official symbols are common loon and monarch butterfly. Such symbols as state fruit and vegetables also exist, for example, Illinois's state vegetable is sweet corn. Speaking about the national symbols, the bald eagle and the bison (buffalo) are the US state bird and state mammal. Bison has earned such a title only a short time ago, in May, 2016.

William Laughlin
There is an error in the answer. They write that the national symbols, the bald eagle and the bison (buffalo) are the US state bird and state mammal. They are the US NATIONAL bird and NATIONAL mammal!

William Laughlin
Debbie Dunton I&#39;m afraid you missed the point of Nicole Toma-Tolman&#39;s comment. She was commenting on the misuse of the words &quot;state&quot; flower and &quot;state&quot; mammal in the copy, since the rose and bison are &quot;national&quot; symbols. It&#39;s always best to be correct before becoming snarky or judgmental. Jaime Augusto Alzate
THE ROSE IS ONE OF THE MOST BEAUTIFUL FLOWERS IN THE WORLD, AND FOTUNATELY, COLOMBIA GROWS THEM.

Kelly Tyler
I love roses the best, so this is nice information.

goosenbuster
Barbara Walker, why not? They can&#39;t use a rose and everyone would be mad if lilies or sunflowers were used

Richard S. Levine
I immediately thought of the Rose Garden. Our foreign players won&#39;t know this. I like to see more International/historical questions. Jim Laughner
Felix Agosto Perez, You didn&#39;t really think that the national flower would be the dandelion, did you? It wasn&#39;t even listed as one of the possible answers. Lori S. Jansen
Why a rose? Marilyn Smith
williamrlaughlin, Good catch. Yes there is i difference between state and National symbols Phyllis Ollar Goodwin
Great question and I missed it. Nefertiti Carney
Got it! Barbara Walker
Why is the dandelion used as a hint? 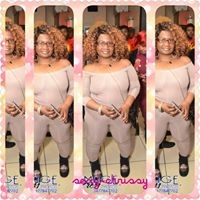